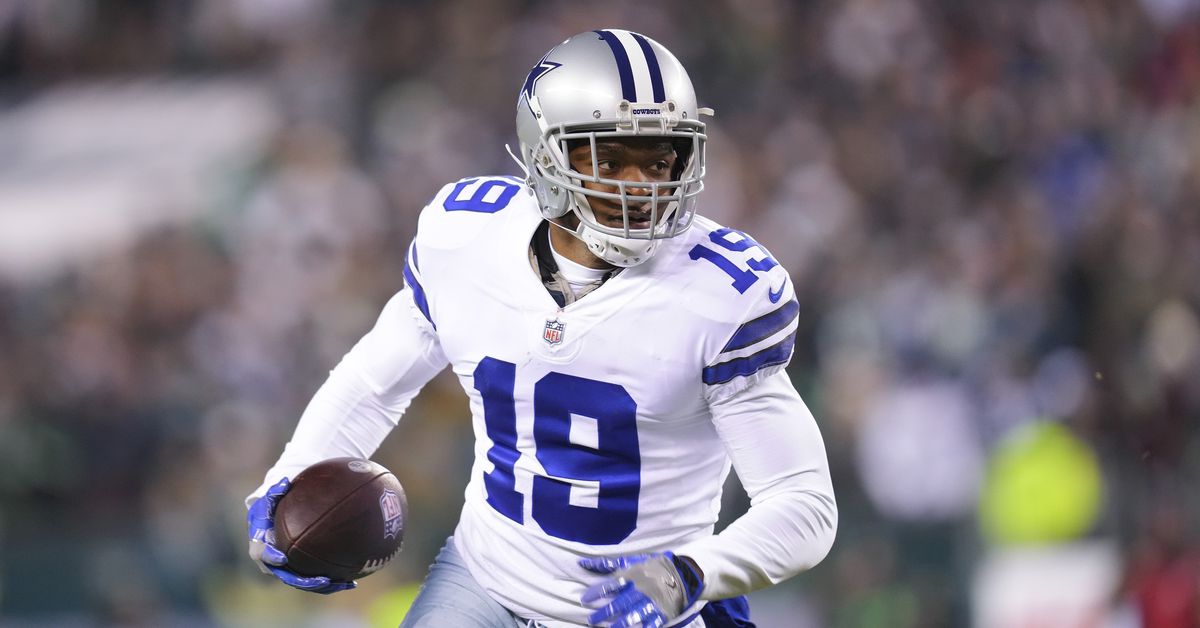 The Cowboys are on the verge of the unthinkable: Cutting Amari Cooper. All signs are pointing to Dallas moving on, with ESPN’s Adam Schefter expecting the release to come before the start of the league’s new year, as Cooper is due $20M shortly after.

Releasing Cooper will be a tremendous example of cap mismanagement. The Cowboys find themselves $21M over the projected salary cap for 2022, with Cooper’s $22M cap hit essentially getting them under that number. The problem is far deeper than just one receiver, with Dallas committing $52.9M to three offensive linemen (Zack Martin, Tyron Smith and La’el Collins) with another $27M going to defensive end DeMarcus Lawrence.

The cherry on top is Ezekiel Elliott, who is an $18.22M cap hit for the upcoming season. We’ve discussed the dangers of over-paying running backs, and the direct link between high-paid rushers and team failure, and now the Cowboys are mired in it.

As a result we have an elite receiver who will now enter the free agent market. Cooper will be 28 when the 2022 season begins, still has plenty left in the tank, and the four-time Pro Bowler will be a hot commodity when free agency opens. So, who could (and should) look to sign Cooper if we work under the assumption he will be a free agent.

This is the clearest, most obvious answer from a football perspective — but it feels extremely unlikely because of the business involved.

If we assume Aaron Rodgers returns in 2022 (which isn’t a given at this point), then the window is in the process of slamming shut. Realistically the Packers have one, maybe two more years to actually bring a Lombardi Trophy back to Green Bay, and receiver has been a long-neglected position.

The priority is obviously to re-sign Davante Adams, who is set to become an unrestricted free agent. If that can happen, with Rodgers and several more veterans restructuring their contracts (a process already underway) then adding Cooper to the mix could be enough to get the Packers over the hump.

There’s a lot of work to be done with the financials, but it’s possible — albeit unlikely.

I’m focusing primarily on contenders here, because that’s where it makes the most sense for both sides. There’s no doubt Kansas City needs defensive help more than offensive weapons, but it’s a fascinating possibility.

As it stands the Chiefs have no shortage of weapons between Tyreek Hill, Travis Kelce and Mecole Hardman — but of the three you don’t really have a true big-bodied wide receiver. Signing Cooper, while reforming the defense through the draft, could result in the offensive jump needed to get back to the Super Bowl.

It would be a signing that would unquestionably be a luxury, but with some cap space to play with the Chiefs could do a whole lot worse. It also allows for a failsafe in case one of their current weapons is injured, or starts to regress.

Any time there’s mention of a WR being available, the Ravens are going to be in the conversation. There’s promise at the position with Rashod Bateman still developing and looking to return from injury, but bridging that gap could be a perfect role for Amari Cooper.

It was a disappointing year for the Ravens that started with so much promise, going 5-2 prior to the bye week. Then Baltimore collapsed, finding themselves in last place in the brutal AFC North.

Cooper would take pressure off Marquise Brown to be the team’s solo deep-threat receiver (again, with the caveat Bateman will return), and could help catapult the Baltimore offense into the 21st century. For this to work it would require Cooper believing in the direction of the team to return to winning form, but there’s no doubt this could be another good fit.

Let’s assume for a second that Amari Cooper isn’t that concerned with winning and he’d rather get PAID. There’s nothing wrong with that, and Cooper should secure the bag while able — and nobody is able to provide a larger bag.

This is a team in dire need of getting Trevor Lawrence some help so he can progress without losing confidence. His No. 1 target in 2021 was 31-year-old Marvin Jones, and that’s not a good position to be in.

If we assume the Jags will address Lawrence’s protection with the first pick of the 2022 NFL Draft (and they should) then the next priority is getting receiving weapons. Jacksonville’s $56M free agency war chest could be used to sign a few receivers, of whom Cooper would be a top priority.

There is no more time for a slow, sensible rebuild. Fans are fed up, and this needs to get moving in the right direction now. Signing Cooper would get them moving, and maybe even create some (measured) excitement.