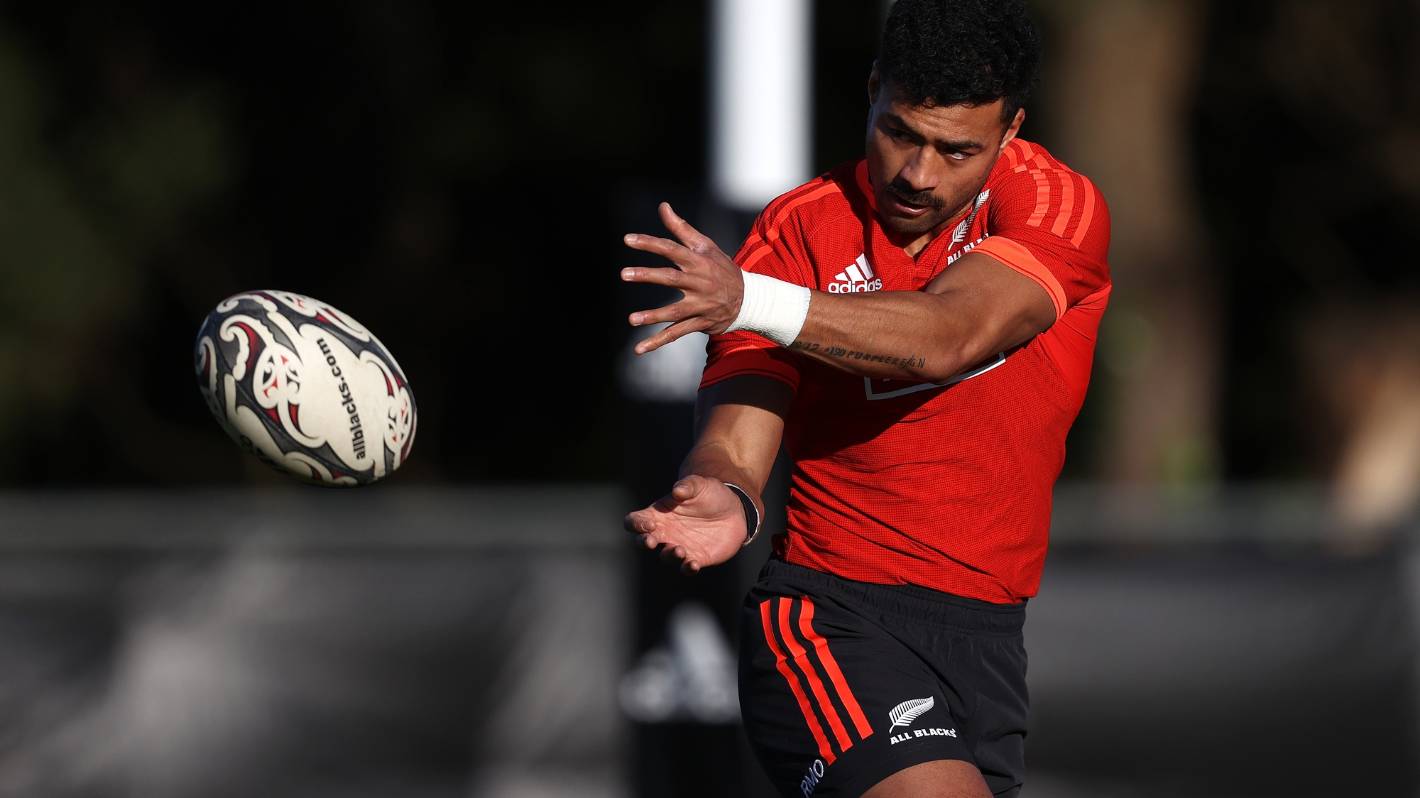 Anything Beauden can do, Richie can do … well let’s just see as the All Blacks look to keep their perfect test record against Italy intact in Rome early Sunday (NZT).

Ian Foster has named, as expected, pretty much his second-string lineup to face the Italians in Kiwi Kieran Crowley’s first match in charge of the Azzurri, at Rome’s Stadio Olimpico (2am kickoff NZT).

With two tough tests to finish the northern tour against Ireland and France, the All Blacks have kept as many of their frontliners as possible on ice as they look to finish their long road trip in style.

Cardiff starters Sam Whitelock, David Havili and Jordie Barrett also slot in for bench duty in a team that will be led by 2020 captain Sam Cane (in his 76th test), who takes another step down the comeback trail in his return from chest and shoulder surgery.

Despite the fact it is essentially Foster’s midweek lineup, the All Blacks coach nonetheless sends out a strong team in a bid to extend their 15-0 record against the Italians.

That is encapsulated nowhere more than at No 10 where Mo’unga, who missed the start of this long road trip for the birth of his second child, gets the chance to respond to Beauden Barrett’s masterclass performance in the first receiver’s role in Cardiff.

Mo’unga had been the first-choice All Blacks No 10 pretty much since 2019, but has now been usurped by Barrett who has very much made the most of his opportunities on this tour. This will be Mo’unga’s chance to remind his coaches of his class, albeit against opposition not expected to provide too much in the form of staunch resistance.

All Blacks coach Ian Foster welcomes back his skipper to face Italy in Rome.

Other features of the team include the selection of Cane and 77-test hooker Dane Coles as starters to continue their paths back from long spells out with injury.

Cane heads a loose trio also including Hoskins Sotutu and Luke Jacobson, with Shannon Frizell making his first appearance of the year off the bench. Youngsters Tupou Vaa’i (his fourth start in his 10th test) and Josh Lord (in just his second international appearance) comprise the second row, while Tyrel Lomax and George Bower bookend Coles up front.

Weber will ignite a likely backline that has rising midfielders Quinn Tupaea and Braydon Ennor and proven wings Reece and George Bridge outside. Damian McKenzie will loom as the roving fullback.

Foster said the team had been charged with “improving skillsets and decision-making” from last week in Cardiff. “This week is about this particular group putting another marker down,” he said.

On his fledgling second-row combination, Foster said: “Tupou is a quality footballer and we have seen more signs of that in the last two weeks; while Josh, on his first tour, has learnt things quickly, and at training he looks really clear-headed. It’s his first start, an exciting time, but we’ve got a lot of faith in him.”

It was also an important outing, the coach added, for the more experienced Cane, Coles and Frizell on their paths back.

“With Sam and Dane … they’ve been out for a long time, they had good minutes against the USA, a breather last week and now is the chance to get into that starting position and get another good test under their belts. We’re excited to have them back in. You hear their voices nice and clear, they’re jumping out of their skins and they know it’s a great opportunity for them.”

Former All Blacks fullback Kieran Crowley will coach Italy for the first time against the All Blacks. He’s also living in Sky Sport panellist John Kirwan’s house and answers a searching question from his landlord.