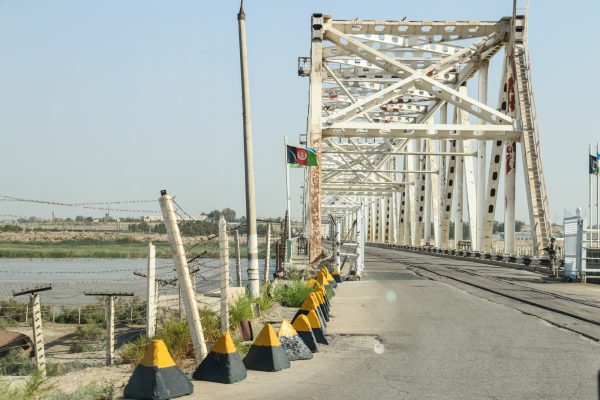 Recent reports suggest that 100 metric tonnes of humanitarian aid delivered to a transit hub in Uzbekistan by UNHCR has not been able to cross the border into Afghanistan yet.

Around 100 metric tonnes of humanitarian aid intended for Afghanistan is reportedly still sitting in warehouses at the Termez Cargo Center in Uzbekistan. Russian and Uzbek media this week that a representative from the U.N. High Commissioner for Refugees (UNHCR) said: “The cargo is still in Termez. The date of its delivery will depend on the receipt of import permits from the Afghan side, and this issue is being resolved by the UNHCR office in Kabul.”

On October 15, the first emergency airlift by UNHCR landed in Termez, Uzbekistan. Termez, on the Afghan-Uzbek border, is home to a major border crossing and a cargo hub, which Uzbek authorities have made available to help speed aid to Afghanistan.

At the time, UNHCR said of the shipments: “This and subsequent airlifts through Termez will deliver more than 100 metric tonnes of core relief items urgently needed to help Afghans prepare for the winter. Until trucked into Afghanistan, the consignments will be stored in Termez Cargo Centre.”

On October 17, VOA cited UNHCR spokesman Babar Baloch as saying that the deliveries included shelter materials, blankets, plastic sheeting, and other supplies “to help Afghans withstand the rigors of winter.”

“We need Kabul to resume activities as soon as possible. I mean, so many things depend on it. And, also, we hope to fly in special flights into Kabul as well with our relief items and bringing in more aid. … So, if supplies are available anywhere, we will be moving them to Afghanistan,” Baloch said at the time.

The 100 metric tonnes of aid was intended to be be trucked across the border between Termez and the Afghan town of Hairatan and then on to Mazar-i-Sharif. But recent reports indicate that the aid remains in Uzbekistan, underscoring that some of the present difficulties in providing aid to Afghanistan are bureaucratic and logistical. The comment from UNHCR cited at the top indicates that the problem is permits — if so, it should be well within the power of the involved parties to solve.

Except that the Taliban are not known for their ranks of technocrats and aid workers, essential ingredients in processing and disbursing aid. A recent Associated Press report highlighted the Afghan technocrats ordered back to work by the Taliban:

So [the Taliban] ordered the financial managers of the collapsed former government back to work, with an urgent directive: Do your jobs, because we can’t.

In the 20 years since the Taliban last ruled, Afghanistan evolved from an economy dealing mostly in illicit enterprise to a sophisticated, multi-billion-dollar system fueled by donor aid and international trade. The Taliban, a movement born out of the rural clergy, struggled to grasp the extent of the transformation.

There is no shortage of challenges when it comes to getting aid to Afghanistan, but the lack of technical capacity cannot be understated, because it exacerbates other challenges. Many countries have pledged to send aid to Afghanistan, even following the Taliban takeover — but can Afghanistan’s new leaders receive, process, and disburse that aid in a timely fashion?

That said, another U.N. agency, the U.N. World Food Program (WFP) has successfully begun to use Termez as a hub to transport much-needed food supplies into Afghanistan. The WFP estimates that one in three Afghans are facing severe hunger. “The country is on the brink of economic collapse, with the local currency at an all-time low and food prices on the rise,” the WFP said. In mid-October, Eurasianet cited the director of the Termez Cargo Center, Nodir Djalilov, as saying that 34 railway cars of food had been unloaded in Termez and shipped via 85 trucks into Afghanistan.

The situation in Afghanistan is dire; 100 metric tonnes of aid is doing no good sitting in an Uzbek warehouse.