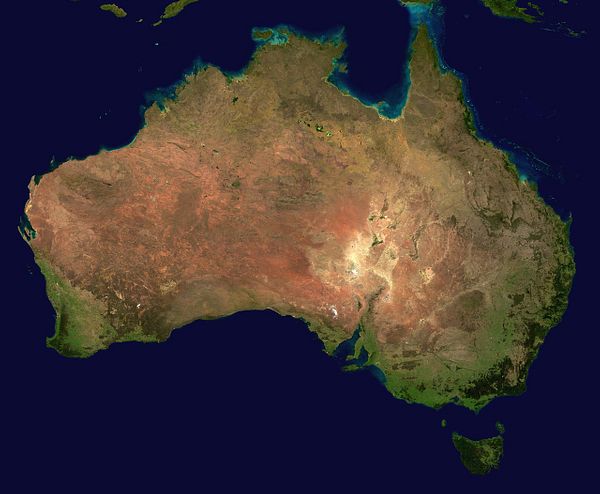 Prime Minister Scott Morrison argued that technology – not carbon taxing – is the best way to achieve the climate target.

A net zero carbon emissions target by 2050 would be a “great positive” for Australia if it can be achieved through technology and not a carbon price, the prime minister said on Tuesday as he pressures government colleagues to commit to more ambitious action ahead of a climate summit.

Prime Minister Scott Morrison last week agreed to attend next month’s climate conference in Glasgow, Scotland, but his government colleagues have yet to approve the commitment he wants to net zero.

“If you have a credible plan … with the proper transparencies Australia’s well known for, then it can be a great positive for Australia,” Morrison told Parliament, referring to the net zero target.

“If you have the right plan, … if you have technology, not taxes,” Morrison added.

Morrison was a minister in the conservative coalition government that in 2014 repealed a carbon tax introduced by a center-left Labor Party government. The coalition continues to oppose any measures that would penalize polluters through a carbon price or tax.

Nationals lawmakers have debated Cabinet’s draft climate policy for the past three days but remained bitterly divided by Tuesday.

They were shown government modeling on Tuesday that predicted the economic impacts of more ambitious climate targets.

Nationals Senator Matt Canavan was among the lawmakers who did not believe the modeling. “The party room here is being gaslighted and that’s kind of ironic given it’s being gaslighted by people who want to end the use of fossil fuels,” Canavan said.

The government rejected opposition calls to make the modeling public.

Morrison said the world’s responses would have “significant impacts on rural and regional Australia, but they also present significant opportunities.”

“The plans that the government are considering will ensure that we can deal with both the costs and the benefits, because we understand there are impacts, that this is not a road that is only … where you’ll find opportunities,” Morrison said.

Morrison said he would make his government’s plans public before the next election, which is due by May.

Australia has not budged from its 2015 pledge at the Paris climate conference to reduce emissions by 26 percent to 28 percent below 2005 levels by 2030, despite many countries adopting far more ambitious targets.

Morrison is unlikely to persuade his colleagues to agree to a new 2030 target before he goes to Glasgow.

Reducing emissions is a politically fraught issue in Australia, which is one of the world’s largest exporters of coal and liquified natural gas. The nation is also one of the world’s worst greenhouse gas emitters per capita because of its heavy reliance on coal-fired power.

The conservative government’s lack of ambition on climate change is regarded as a reason behind the government’s surprise reelection in 2019 and strong voter support in coal-rich Queensland state.

Morrison had argued that the Labor opposition’s pledge to reduce Australia’s greenhouse gas emissions by 45 percent by 2030 and achieve zero emissions by 2050 would wreck the economy.