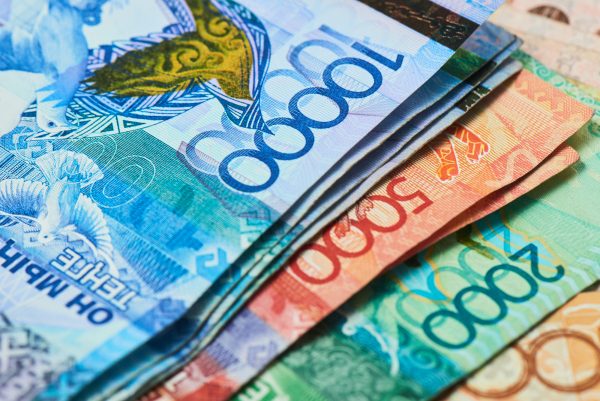 After recovering from the COVID-19 pandemic’s economic shockwave, Kazakhstan will see its growth prospects take a hit due to reverberations from the war in Ukraine.

Kazakhstan’s economy, the International Monetary Fund (IMF) says, has recovered from the initial effects of the COVID-19 pandemic, but spillovers from the war in Ukraine will affect growth in 2022.

In an April 11 press release, the IMF’s Executive Board laid out the results of its recent annual consultation with Kazakhstan. The news is positive, but new risks loom large. Following a 2.5 percent decline in real GDP growth, 2021 saw Kazakhstan real GDP grow at a rate of 4 percent — nearly reaching the 4.5 percent growth witnessed in 2019. But looking ahead, 2022 is projected to see growth slow again, down to 2.3 percent, largely due to knock-on effects of the war in Ukraine.

“[S]pillovers from the war in Ukraine will affect growth and fuel inflationary pressures in 2022. Together with the ongoing pandemic and heightened social tensions, they raise substantial uncertainty about economic prospects,” the IMF states.

Although the IMF did not mention the various international sanctions on Russia specifically, their impact on Kazakhstan’s economy is nevertheless clear.

In meeting with U.S. officials, including U.S. Under Secretary of State for Civilian Security, Democracy, and Human Rights Uzra Zeya, Kazakh officials this week were keen to explore ways to minimize the impact of sanctions on the Kazakh economy. Although Kazakhstan has not been directly targeted for sanctions, the intertwined nature of the Kazakh and Russian economies means that if the ground shakes in Moscow, the tremors are felt in Nur-Sultan, too.

Kazakhstan’s First Deputy Foreign Minister Akan Rakhmetullin said to media that “The United States has imposed unprecedented sanctions [on Russia]. But we, who have deep integration with Russia, as well as the longest land border, cannot not feel the impact of these sanctions. All this has already been reflected in the prices of food and goods in our stores.”

Rakhmetullin expressed his gratitude to the U.S. for “its flexibility and willingness to cooperate on this matter.”

“The U.S. is trying to minimize the effect of sanctions against Russia for the Kazakh economy,” he said.

According to the IMF, inflation continues to escalate in Kazakhstan. From a rate of 5.4 percent in 2019, the pandemic pushed inflation to 7.5 percent in 2020 and it remained high, reaching an estimated 8.4 percent, in 2021. The forecast for 2022 has inflation reaching a peak of 8.5 percent, with hopes of a decline in 2023.

In the long term, the IMF notes, sustainable growth will require greater economic diversification. The IMF’s directors “emphasized the need for accelerated structural reforms and greater economic diversification to make long-term growth sustainable and inclusive.” A key aspect of reducing the state’s presence in the economy is reducing the role of state-owned enterprises and “ensuring a level playing field for competition.” The most recent assessment cites the January unrest as providing “new impetus for structural reforms.” The directors “called for accelerated reforms to improve governance, address corruption vulnerabilities, and strengthen the business environment.”

Much of this isn’t new advice for Kazakhstan. After the 2018 consultation, the IMF noted in its report, “The authorities’ structural reform agenda aims at addressing dependence on natural resources, including by making public administration more efficient and the business environment more favorable, addressing governance issues, advancing privatization, fostering greater competition, and investing in infrastructure.” The following year the directors “reiterated the importance of decisive structural reform implementation.”

Kazakh President Kassym-Jomart Tokayev made big pledges in his state of the nation speech last month but implementation, as always, will be key.