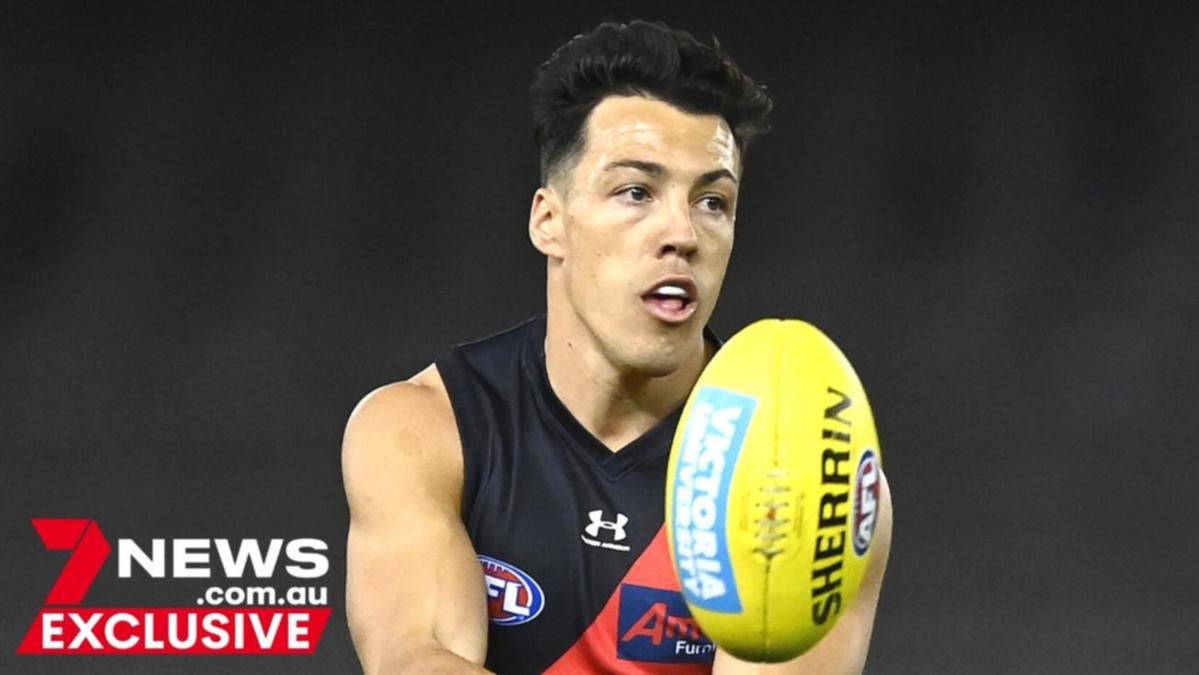 The reason for Essendon star Dylan Shiel’s mysterious absence from the club’s pre-season program – including a pre-season game – can now be revealed.

In an unusual step on the eve of the opening round, the Bombers midfielder booked himself into a seven-day leadership and professional development camp.

The 28-year-old didn’t train last Thursday and was a surprise scratching from the team’s final AFL pre-season hit-out against St Kilda on Saturday night.

Stream Seven’s coverage of AFLW for free on 7plus >>

Shiel was officially named as an emergency but did not attend the game.

To date, Essendon had not publicly explained his absence – they had only indicated the former GWS Giants player will be available for round one.

The Bombers, who returned to the finals last year but lost to the Bulldogs in an elimination final, will face Geelong at the MCG on Saturday, March 19.

Essendon told 7NEWS they approved and supported the initiative put forward by Shiel, putting a personal training plan in place for his time away from the club.

Shiel would not have played in the game regardless, according to the club, due to an ongoing quad issue.

The pre-season hit-out would have been an important test for Shiel’s match fitness after missing an intra-club in February.

But Essendon say he will be selected for round one – if he can prove his fitness.

Shiel works in a part-time property job arranged by Essendon and approved by the AFL.

He has three years left on his lucrative Bombers deal worth up to $800,000 per season.

Serviceable for Essendon since arriving in 2019, Shiel is under a degree of pressure this season to step up his performance particularly given the talented star’s big salary.

He suffered a knee injury in round two last year and looked set to miss the remainder of the season, but returned to play in the team’s run to the finals.