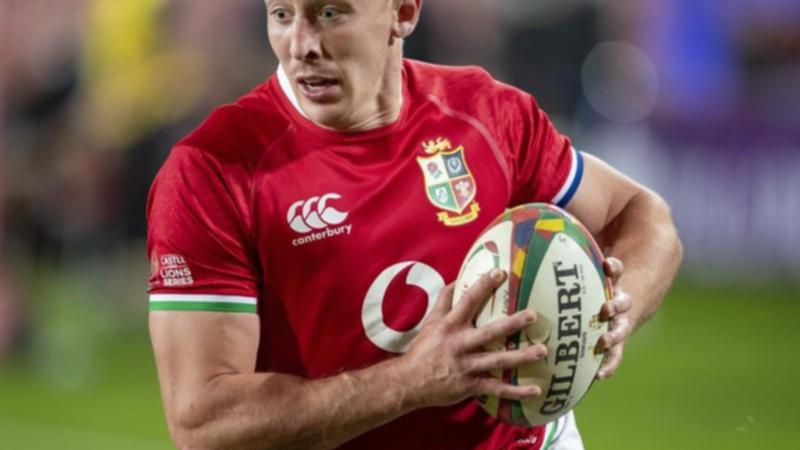 Wing Josh Adams and number eight Aaron Wainwright have recovered from injuries to give Wales a major boost for their Test clash against against a “hurting” Wallabies side.

Adams was withdrawn just before kick-off when Wales faced Fiji last Sunday due to a calf muscle issue, while Wainwright missed that game because of a shoulder problem but both are ready for Saturday’s clash.

Prop Tomas Francis has successfully completed concussion return-to-play protocols and is recalled, while Seb Davies takes over from lock Will Rowlands, who suffered a head knock against Fiji.

Other starters include centre Uilisi Halaholo – his first of the autumn after testing positive for coronavirus last month – who’ll partner Nick Tompkins in midfield.

Scarlets’ 93 times-capped centre Jonathan Davies does not feature, with flanker Ellis Jenkins continuing as captain at the Principality Stadium.

Jenkins is joined in the back-row by Wainwright and Taine Basham, and there is a recall for British and Irish Lions prop Wyn Jones, who packs down alongside Ryan Elias and Francis.

Elias, Basham and lock Adam Beard, meanwhile, are the only three players selected to start all of Wales’ autumn games against New Zealand, South Africa, Fiji and Australia.

Wales are seeking a third successive victory over Australia, which includes a pool stage win at the 2019 World Cup, following a run of 13 defeats against the Wallabies.

Wales head coach Wayne Pivac said: “It has been a tough campaign, but one where we have exposed more players to this level of rugby, which all bodes well for the future.

“With the injuries we’ve faced, we have had to adapt, and those are opportunities that some of the players have taken very well.

“Australia have been on the road for a while now – the series they had down south, and a couple of losses in the last couple of games.

“They will be hurting from that and they will want to finish their tour on a high note, as we would like to finish our campaign on a high note. It bodes well for a pretty interesting fixture.

“Dave Rennie (Australia head coach) brings a physical approach to the game, and we certainly expect that from the Australians, but we have to be able to match that and impose ourselves on the game.”