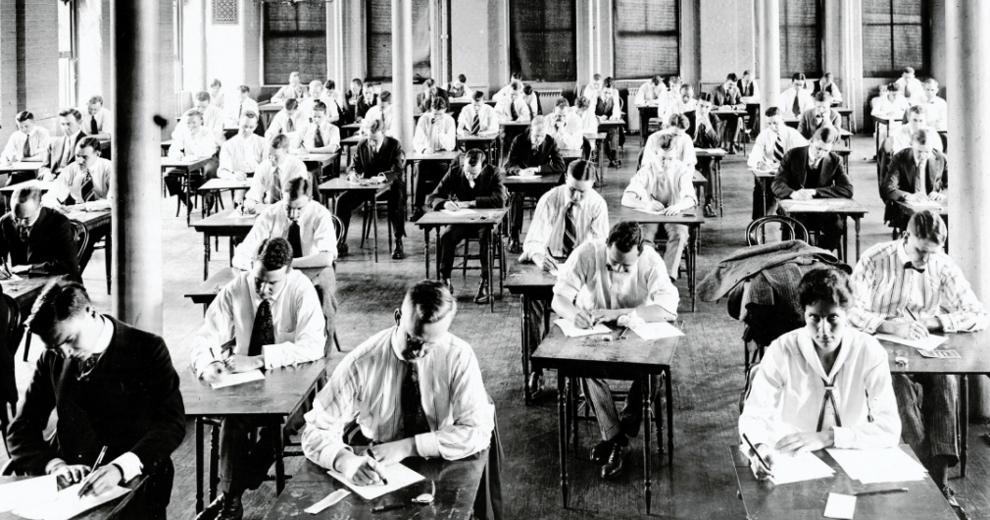 Formal education systems have been in place for thousands of years—from the earliest examples of China’s Xia dynasty schooling that began in 2070 B.C., to the robust, philosophically based education systems used by the ancient Greeks beginning in 500 B.C. While formal education has been around since what feels like the dawn of time, the grading system used to determine mastery of subject matter is a relatively new concept.

It wasn’t too terribly long ago that schools had no way to even evaluate how well students mastered or achieved in school. Earlier versions of the education system relied on many different markers to determine whether students succeeded in their studies. And, in many cases, no scoring systems or pass or fail markers were used at all. Students simply learned and moved on—provided they were privileged enough to be able to attend formal schooling in the first place.

That’s quite different from the systems used today. Most schools now use either a letter grading system from A to F to score students on their subject mastery or use a number, such as a 4.0 grading scale. These grades indicate not only whether students pass or fail, but also how well they’ve mastered the subject matter. Students have learned to judge themselves and others on their ability to grasp a concept based on these systems. Getting a good grade in a class or on a test means they’ve achieved something special—something worthy of pride.