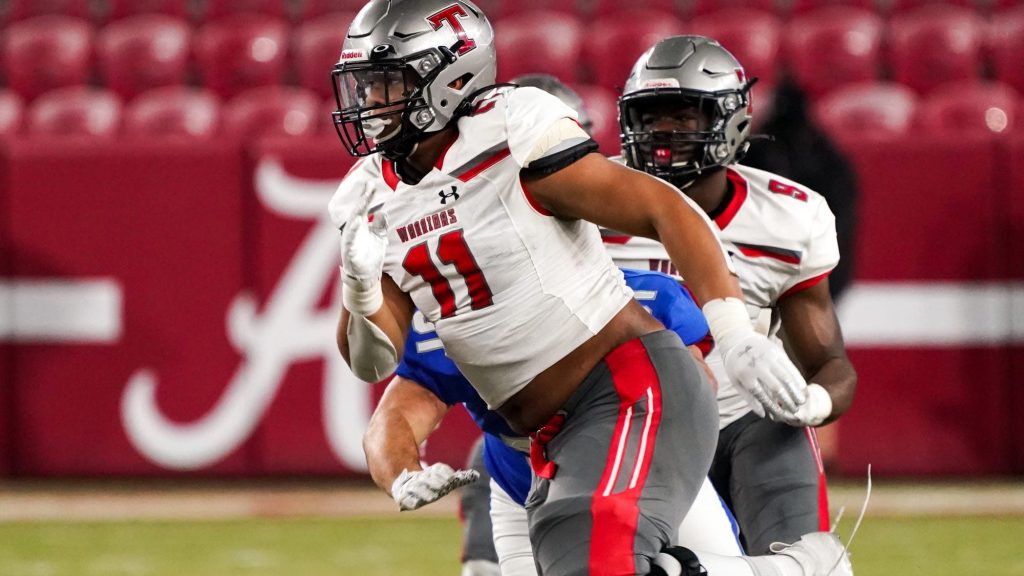 The Florida Gators made the top four for five-star defensive lineman Peter Woods at the end of March, and now the Thompson (Alabaster, Alabama) recruit is set to take a three-day official visit to Gainesville in June, according to 247Sports.

Woods will arrive on Thursday, June 9, and stay through Saturday, June 11. It’ll be his second official visit following a trip to Clemson the week before his visit to the Swamp. Alabama and Oklahoma, the other two programs that made Woods’ top four, are likely to get him over the summer as well. He’s a former ‘Bama commit and the Crimson Tide was the only team to get him on campus in spring.

Florida played host to Woods in the past but it was under the old staff. This will be Billy Napier’s first in-person opportunity to convince him to come to Florida. There’s no official timeline set for Woods’ decision, but he aims to have things wrapped up before the start of the season.

Madness in March😈! Thank you to everyone who has taken out of their time to recruit me up to this point 🙏🏽. #Final4 pic.twitter.com/vB5j7VEPEj

Both Gators co-defensive coordinators have been in touch with Woods and Patrick Toney is planning to drop by his school to see him and five-star cornerback Tony Mitchell in action. Woods says he trusts Sean Spencer to develop him and prepare him for the next level if he does choose Florida.

“Coach Napier came in and made that staff amazing and took some guys from a little bit of everywhere and I respect the vision of the program,” he said.”They hopped on me as soon as they got there and Florida’s great reputation speaks for itself. I’ve been talking to Coach Spencer a lot, and he’s been there and done that on every level and I have faith in his ability to develop me.”

Woods is ranked the No. 26 overall recruit in the class of 2023, according to the 247Sports composite. He ranks third among defensive linemen in the class.