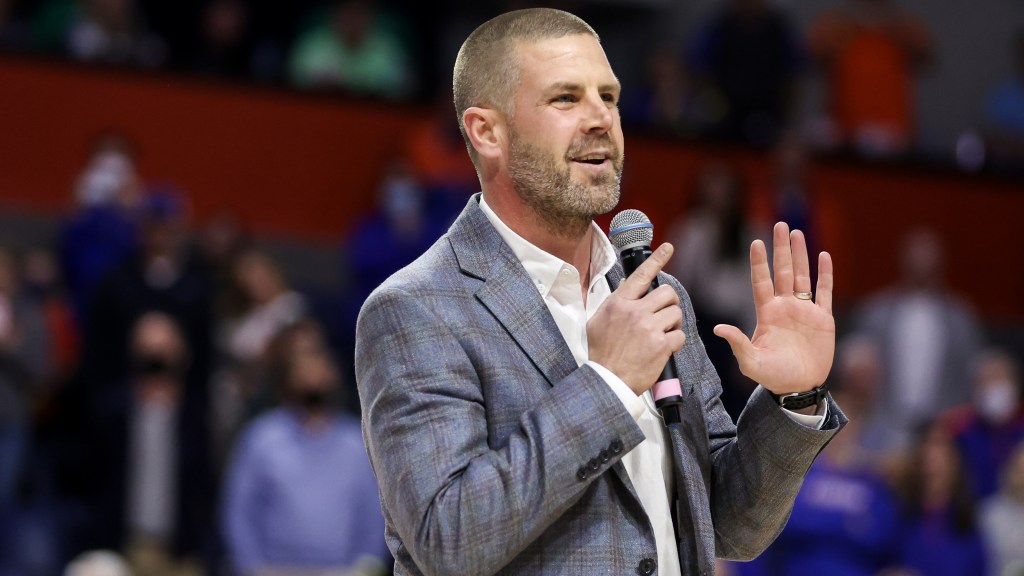 As Billy Napier continues to build his army of worker bees and we wonder where the heck they are all going to park, the Gator Nation seems to be relishing each hire as they come out as if the new coach is the dad who won’t let one child open a Christmas present while the other is still opening his.

It’s almost as if he is teaching everyone a little patience in a microwave world.

He talked about patience in his first press conference and there are plenty of reasons to be patient with a coach in his first commander’s seat of a Power 5 program.

Of course, this is the SEC where patience goes to die.

This is the conference that fired two coaches within two years of a national title. And where the last three Florida coaches have been let go with a Sugar Bowl, an Orange Bowl, a Cotton Bowl, three SEC East titles and four seasons with at least 10 wins on the combined resume.

It’s just not the norm for fans to be patient, but it might not be a bad idea right now.

So, let’s try this. Five reasons Gator fans should be patient with Billy Napier (to be followed by five reasons they won’t be):

This keeps sticking out like a sore thumb that you keep banging into the car door. The schedule next season is about as tough as you can ask.

Florida opens with Utah. Utah has 15 starters returning to a team that just went to the Rose Bowl. Then, Florida faces Kentucky. That used to be a game you penciled in as a win. Not anymore. Game 4 is at Tennessee, which has become relevant again.

And once again, Florida has been handed a schedule with only one home game in the back end. Instead, Florida gets to go to Texas A&M for the second time in three years.

There is a stretch where Florida plays three teams in a row it lost to in 2021 and then goes to College Station and then plays another team that beat UF a year ago.

The positive is that it is an attractive home schedule in terms of selling season tickets. But it’s difficult to see a major turnaround this year because of the schedule. You can’t write too many wins in pen.

There’s a reason for losing records

As we know, Florida had its third losing record in the last nine years in 2021. You can blame coaching or getting rid of coaches while the season was ongoing. And that contributed.

But the truth is that this was not a very talented team. There was no speed at receiver and the offensive line reverted to form after the first half of the season. Losing Ventrell Miller meant Florida had a huge hole in the middle and the transfer portal rescue team was a lot of plug and duck.

New coaches, new strength coaches, new nutritionists. Everything is new. But it will be a lot of the old players Napier is going to have to count on.

Are their personalities responsive to being reshaped? We’ll see. This was a soft team mentally, but I’m not sure that it was anything special physically.

Gator fans have been happy with Napier’s plan and picking up key players such as Kamari Wilson in his first recruiting cycle. Just that Florida is in IMG again and in the living rooms of so many recruits has everyone starry-eyed.

But this is a process. To be honest, you hope this is Napier’s worst recruiting class. Next year’s class is the one to watch with his staff in place and the army signed up and the new building opened.

This is where patience comes in. Because recruiting doesn’t come with guarantees and when you are starting from scratch it does take a while. And then it takes time to develop those players.

The “they” I speak of are Nick Saban and Kirby Smart. You know, the coaches of the two teams playing for the national title Monday night.

All of this stuff Napier is working to do, they already have in place. Oh, the Florida coach has gotten their attention, but it’s not like they are going to throw their hands in the air in exasperation.

And Jimbo Fisher isn’t going anywhere either with the No. 1 recruiting class in the country and an unlimited budget for players.

This league is hard. Coaches get fired on a whim. Napier has been a head coach in five games against Power 5 schools at Louisiana. He lost four of them. He was 0-3 against the SEC.

I’m not being critical. I’m just saying there has been a lot flying at the new coach, but it’s going to be that much more difficult when it’s live ammo.

Culture doesn’t change in a couple of months

There is going to be a massive culture change in that locker room, and it often takes a while to kick in. Urban Meyer was the best example of that.

You can argue that his culture might have been what you wanted, but it did produce a pair of national titles.

But that first year, he had to kick multiple players off the team plane after a loss to South Carolina.

You could almost see the culture change the following spring. We’ll see how long it takes Napier, but you don’t change it with better parking and steak dinners. You change it with discipline, and that’s not always welcomed.

It could take a while.