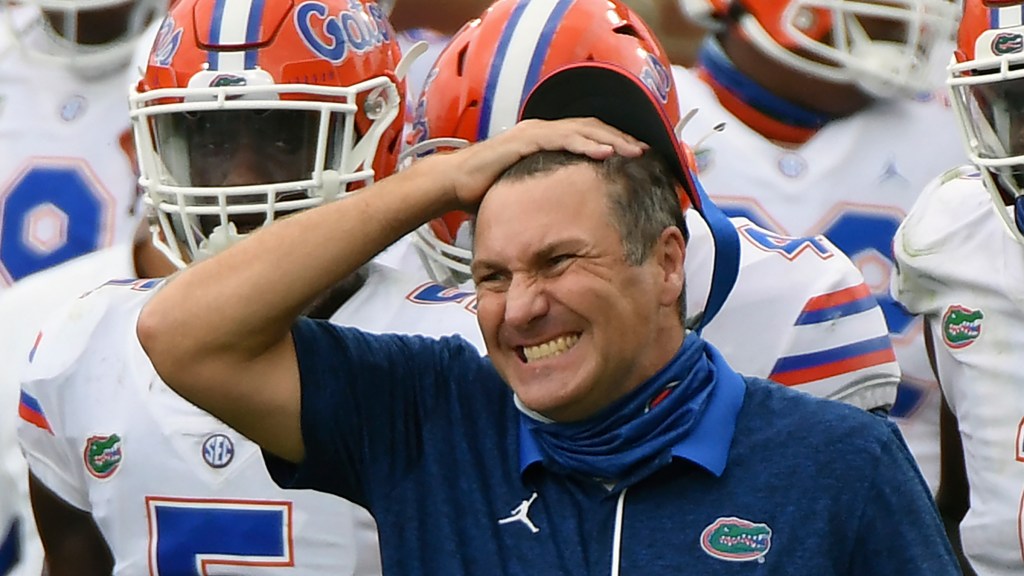 On the topic of small schools (Stetson) toppling giants, the Gators got themselves a good scare in the Swamp this season when Samford — a Football Championship Subdivision school — throttled them in the first half and nearly beat Florida had it not been a record day for quarterback Emory Jones.

A week after having fired defensive coordinator Todd Grantham, as well as offensive line coach John Hevesy, the Orange and Blue looked much more like black and blue against the Bulldogs’ offensive onslaught, allowing a school-record 42 points in the first 30 minutes of play and heading into the locker room down by a touchdown.

The Gators eventually pulled away in the second half for a 70-52 finish thanks to the aforementioned efforts by Florida’s gunslinger, but there was a long stretch of the game where the possibility of a loss was very real, while the opening half performance itself represented the nadir of the 2021 campaign.

Mullen offered this response after the game: “Calling a win disappointing is disrespectful to the game and our players.” There are a lot of Gators fans who strongly disagree with him.