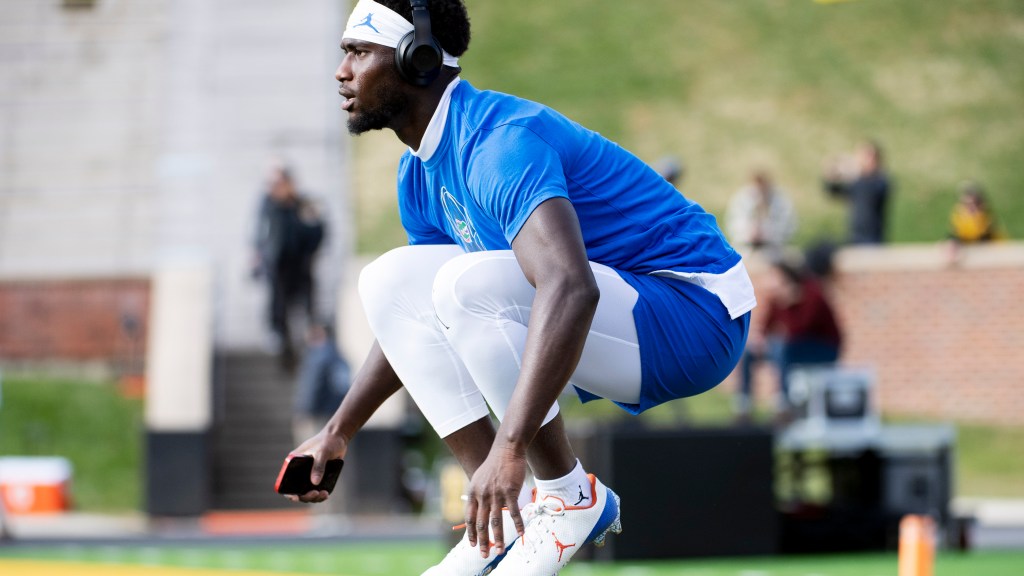 The 2021 college football season, as well as national signing day, are well in the rearview mirror, meaning the next big date for Florida football is the upcoming NFL draft at the end of April. Ahead of the landmark event, four former Gators have been invited to participate in the 2022 NFL Scouting Combine according to a press release issued by the NFL on Wednesday.

Dameon Pierce, Zachary Carter, Jeremiah Moon, and Kaiir Elam all received invitations to the combine where they will be among a total of 324 prospects. Elam has seen his draft stock fall significantly since the beginning of the 2021 season and is no longer expected to be a first-round selection by most draft analysts, while Pierce saw a big boost from his Senior Bowl performance after being under-utilized by Dan Mullen last year.

Carter, who received his invite in early January, had the most productive year of his career which very likely boosted his draft stock a bit. Meanwhile, Moon was nominated for the 2021 Mayo Clinic Comeback Player of the Year Award in October and turned in a fine performance this season as well.

The combine provides collegiate players without a clear-cut path in the draft a final chance to show off their talents in front of professional scouts in a series of drills and biometric measurements that are used to evaluate their core potential. This year’s event will take place in Indianapolis, Indiana, from March 1 through March 7.