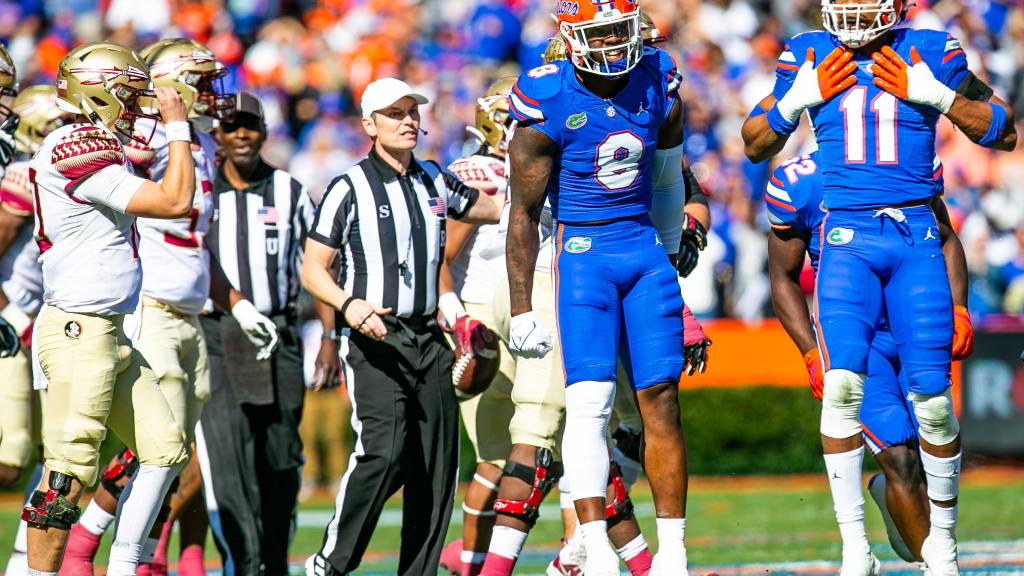 Florida’s defense looked atrocious in its first game after firing defensive coordinator Todd Grantham, giving up 42 first-half points against an FCS opponent in Samford. But the last two weeks, interim coordinator Christian Robinson’s group has done a much better job.

And while there are certainly veterans contributing, such as Brenton Cox Jr., who had four sacks on Saturday, it’s hard to ignore the impact of young players all over the defense. Linebacker Ty’Ron Hopper has played a lot this year since Ventrell Miller‘s injury, and he had a very good game on Saturday, tying for the lead in tackles with nine to go with a forced fumble and half a tackle for loss.

Meanwhile, Rashad Torrence II and Jason Marshall Jr. are also playing well. They each had interceptions, and for Torrence it was his third of the year. For Marshall, a five-star true freshman, it was his first.

Florida’s defense wasn’t anything spectacular, and FSU quarterback Jordan Travis had a very good game. He had 202 yards, a touchdown and an interception, but per usual, he was most impactful on the ground, totaling 102 yards on 17 carries and a touchdown. Still, the Seminoles were just 5 of 12 on third down, and they couldn’t find enough offensive success to win.

UF’s defense could have folded with everything that has happened in the last few weeks, but it has shown up the last two weeks, and on Saturday, it resulted in an important win over a rival.