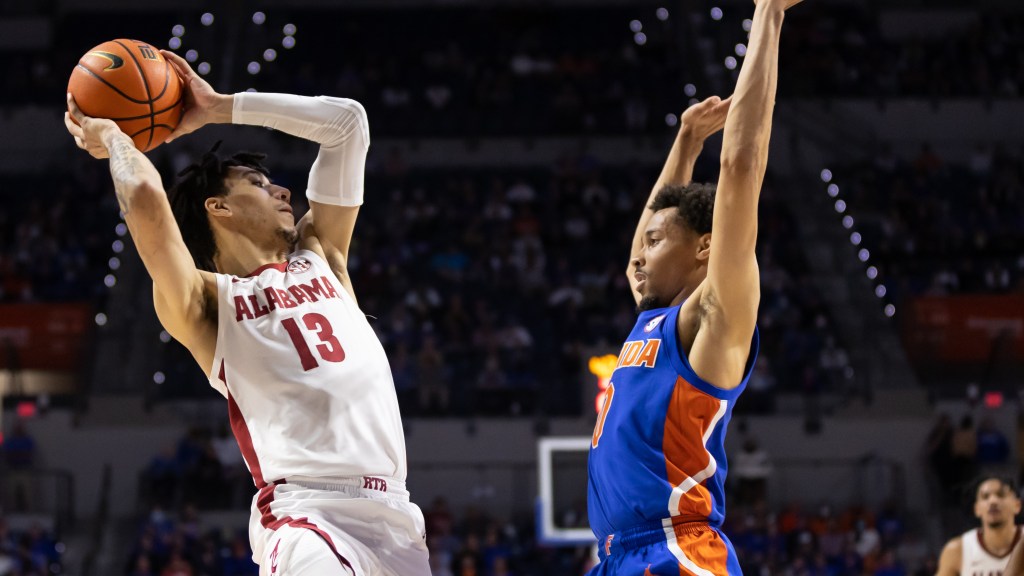 Alabama is a talented team, without a doubt, but its strength comes from its backcourt in Jahvon Quinerly and Jaden Shackelford. Florida got both starting big man Charles Bediako (four fouls) and backup Noah Gurley (fouled out) in foul trouble, and with preseason First Team All-SEC selection Colin Castleton, this should have been a dominant performance inside for the Gators.

It was certainly a good game for Castleton on offense, as he led the team with 19 points, shooting 7 of 10 from the field and hitting five of his seven free-throw attempts, and he also had just seven rebounds. But UF failed to take full advantage of that foul trouble, as it hit just 18 of its 28 free throws as a team.

Though the teams were even at 40 rebounds apiece, the Crimson Tide had 20 rebounds compared to Florida’s 15. Luckily for the Gators, that only netted 16 second-chance points, but that’s still too many. Pair that with the team’s struggles defending the paint, where it allowed nearly half of Alabama’s 83 points, and it’s clear that there was a missed opportunity to stake out a big advantage under the basket.