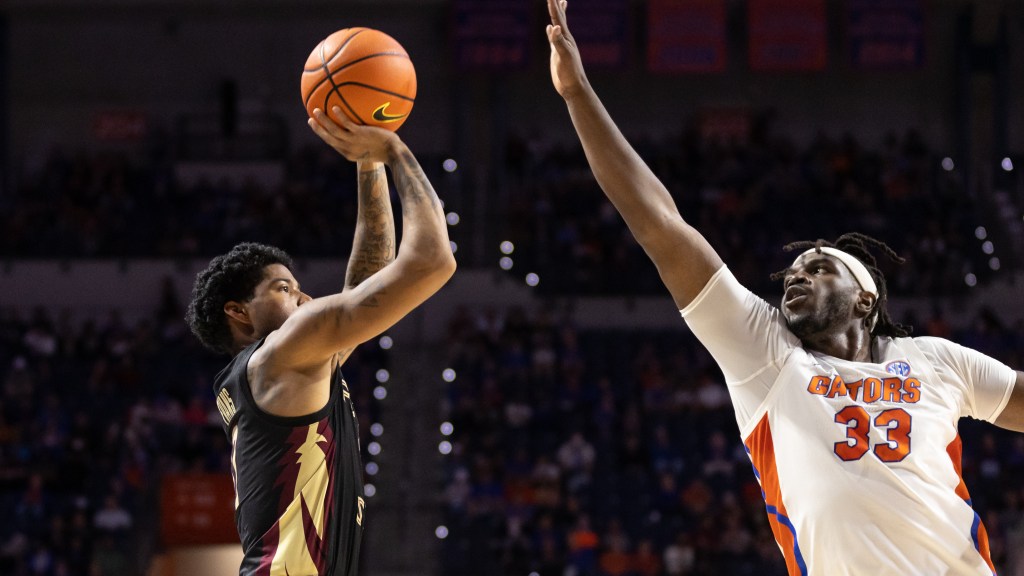 Colin Castleton and Anthony Duruji have a chance to be Florida’s next great big man duo. It might not be Al Horford and Joakim Noah just yet, but a closer look at both players’ stat lines against Florida State reveals a few things.

First, defense comes naturally to these two. Duruji is a high-energy player, the kind that dives for the ball when no one else will. Castleton had no trouble collecting six blocks on the day, and Duruji added two steals and two blocks to help the team’s turnover margin.

Then there’s the rebounding. Duruji’s willingness to go after anything pays off quite a bit. Three of his seven rebounds were offensive boards, and Castelton had a gaudy 16 of his own. With both men fighting for any missed shot, opposing teams are going to have to box out well to keep pace.

The cherry on top of all this is that both players can score easily. In fact, they tied for the team lead in points with 15 each.