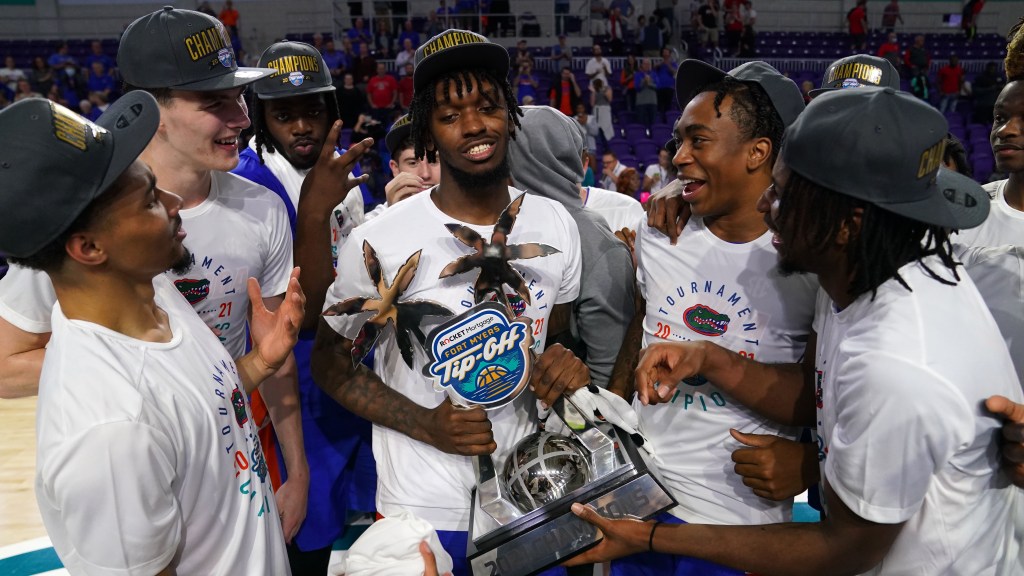 Three Florida players scored in double figures in this game, and only one of them was a starter. Colin Castleton had one of his weaker games of the season on offense, but he finished with 11 points and 13 rebounds. The two other players to break 10 points came off the bench, and they’re both newcomers from the transfer portal.

Phlandrous Fleming Jr. had his best game of the season, leading the team with 19 points on 5 of 11 shooting. He was also 9 of 10 from the free-throw line, and he’s about as good of a sixth man as this team could ask for. He’s a dominant defensive player, which we already knew. He had four steals in this game, but his offense is also starting to come along. That makes him an incredibly dangerous player, and he’s going to contend for more minutes moving forward.

Meanwhile, C.J. Felder also had his best game in a Florida uniform. The Boston College transfer has had a bit of a slow start to his UF career, and he didn’t see many minutes in the first few games. He was solid in an increased role against California, and that set up for a big game against Ohio State.

He scored 10 points, his first time this season in double figures, and he paired that with five rebounds. His +/- of 11 was the highest of the team, and he played a season-high 19 minutes.

Both Fleming and Felder were expected to be impact defensive players, but if they can continue to contribute on both sides of the court, this team’s depth is going to be scary come SEC play.