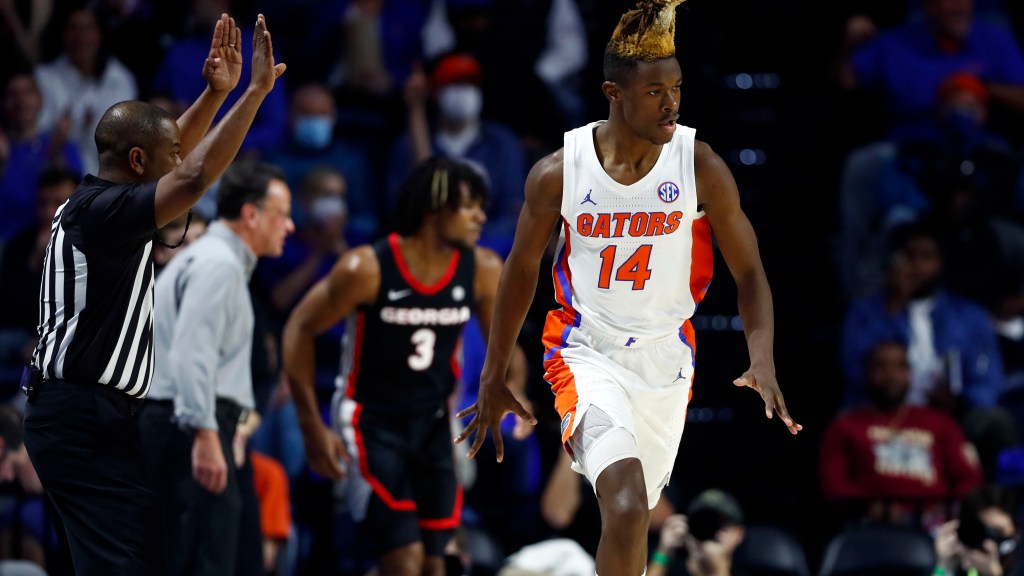 Georgia shot just 37.5% from the field and 20% from three for the game, and those percentages were even worse in the second half when it mounted its comeback effort. At first glance, it looks like a solid defensive performance from the Gators. And it was in many ways, but the cracks still show even against a team like UGA.

Though the Bulldogs’ leading scorers were a pair of guards in Kario Oquendo (22 points) and Aaron Cook (14). But neither shot the ball particularly well, with Oquendo going just 7 of 19 — and 0-for-5 from three — and Cook going 4 of 11. Both relied on the line for much of their offense, combining for 12 points from the charity stripe.

Georgia ultimately attempted 20 free throws in this one, making 16 of them. UF’s two starting frontcourt players in Castleton and Anthony Duruji each committed three fouls. It also struggled against 6-foot-10-inch Bulldogs big man Braelen Bridges, who had 12 points and went 4 of 6 from the field.

There’s no denying that this team’s interior defense is still night and day with and without Castleton, but he’s not a fix-all for this team’s woes, even on the interior, and this team absolutely has to stop gifting its opponents so many opportunities, whether it’s from fouls, offensive rebounds or turnovers — of which the Gators had 11, five of them coming from Duruji.

Florida should be grateful to find itself still on the bubble with its best player healthy once again, but it is entering an absolutely brutal four-game stretch that features road bouts against Kentucky and Texas A&M followed by a homestand against the No. 1 team in the country in Auburn and the team who just beat it in Arkansas. These next few games will make or break the Gators’ season, and if they play like they did in the second half of this one, they won’t be pleased with their record in that gauntlet.