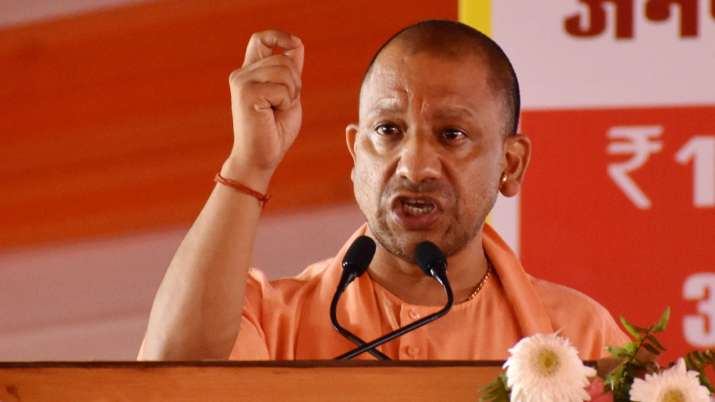 Lucknow: The Uttar Pradesh Teachers Eligibility Test (UPTET) scheduled to be held on Sunday was cancelled after a question paper for the exam was leaked, shortly before the exam was to begin. In a statement issued in the evening, the UP government said 29 people have been arrested in this connection so far. Of the 29 arrests, 16 were made from Prayagraj, the government statement said. From the arrested persons, photocopies of the question papers, mobile phones, pen drives, notes and other items were recovered, the UP government said.Also Read – Prayagraj Dalit Family Murder Case: Opposition Mounts Attack on Yogi Govt; 8 Accused Arrested, 2 Cops Suspended | Key Points

Chief Minister Yogi Adityanath said the National Security Act (NSA) and Gangster Act will be invoked against the culprits. “Those who have committed this act should listen that cases will be registered against them under the Gangster Act and the National Security Act,” he said. Later in a Hindi tweet, the CM said properties will be seized by the government of those involved in the act. Also Read – UPTET Exam 2021 Postponed After Question Paper Leak, To be Held Next Month; 23 Arrested

Those arrested in Prayagraj include Satya Prakash Singh, an assistant teacher at a primary school in the city’s Shankargarh area. When searched, he was found to have the solved question paper in his WhatsApp. Rajendra Patel — the alleged mastermind of the whole operation — and Chaturbhuj Singh, one of the key players, were also among those arrested from Prayagraj, according to the statement. Also Read – UPTET Exam 2021 Today: Answer Key to be Out on Dec 2. Check Exam Day Guidelines

Besides, police arrested other members of the gang, including one Sunny Singh, who was instrumental in sourcing solvers from Bihar, the statement said. Four persons were arrested from Lucknow district and one each from Kaushambi, Ayodhya, and Ambedkarnagar. Three persons were arrested from Shamli district. These three had procured 10 copies of the question paper for Rs 5 lakh and had taken Rs 50,000 from 50-60 candidates each to give them access to the papers for reading and memorising. Search is on for the rest of the members of the gang, the government said.

As many as 20 lakh candidates were to appear for the UPTET on Sunday. They will now appear in a rescheduled exam, to be held within a month. The Uttar Pradesh Basic Education Board (UPBEB) will conduct the exam again after one month. The government will bear the entire expenditure on the re-examination, said Basic Education Department Additional Chief Secretary Deepak Kumar. The UP Basic Education Board has said candidates will not have to pay any fee again for the exam. The exact date of the UPTET exam will be notified in due course of time, the UP government said.