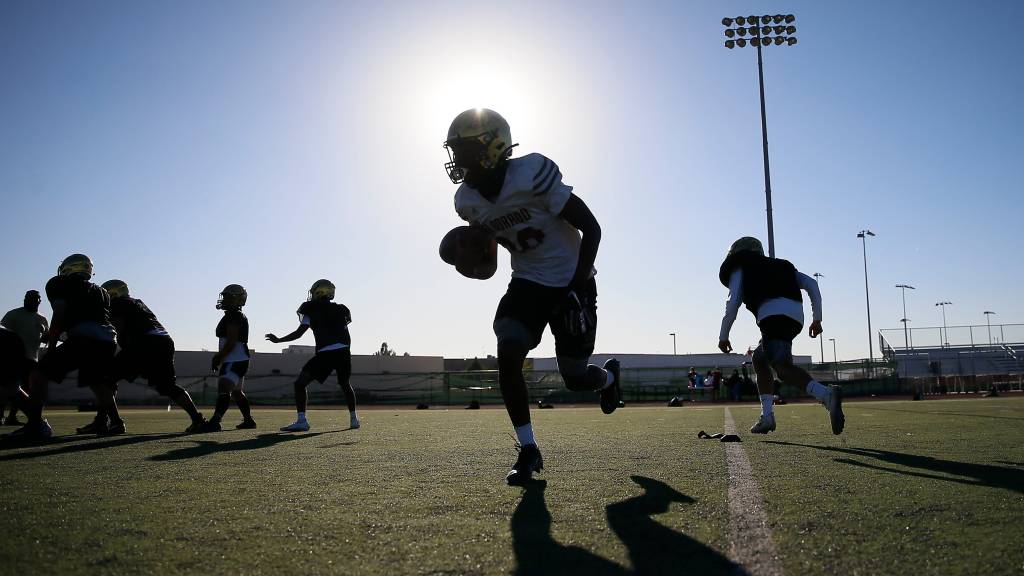 With the 2022 recruiting class all but complete — with the exception of California athlete and UF target Arlis Boardingham, who is set to announce his decision on Wednesday — the Gators can focus on the 2023 class, which will be coach Billy Napier’s first full recruiting cycle in Gainesville.

There is currently a dead period during the month of February which prevents recruits from visiting campus or from meeting with coaches. However, when the calendar turns to March, the staff will be all in on next year’s class.

One player from that class already intends to visit, as four-star Plantation (Florida) American Heritage receiver Santana Fleming announced via his Twitter account that he will be on campus on March 6.

I will be at the The University of Florida March 6th🐊🧡💙it’s up!! pic.twitter.com/U35fPynfQU

Fleming was offered by the previous staff last March and was able to visit campus in June, but now he’ll have the chance to meet with the new staff and his potential position coach in Keary Colbert. The 5-foot-10, 163-pound player needs to put on a bit of size, but he’s currently the No. 283 player in the nation and No. 37 receiver, according to the 247Sports Composite.

With the growing trend of coaching changes in college football, Fleming told 247Sports’ Blake Alderman that he is taking his time with the decision. Florida State is currently considered the favorite, as he’s taken several visits to Tallahassee, but the Gators will have plenty of time to make their case.