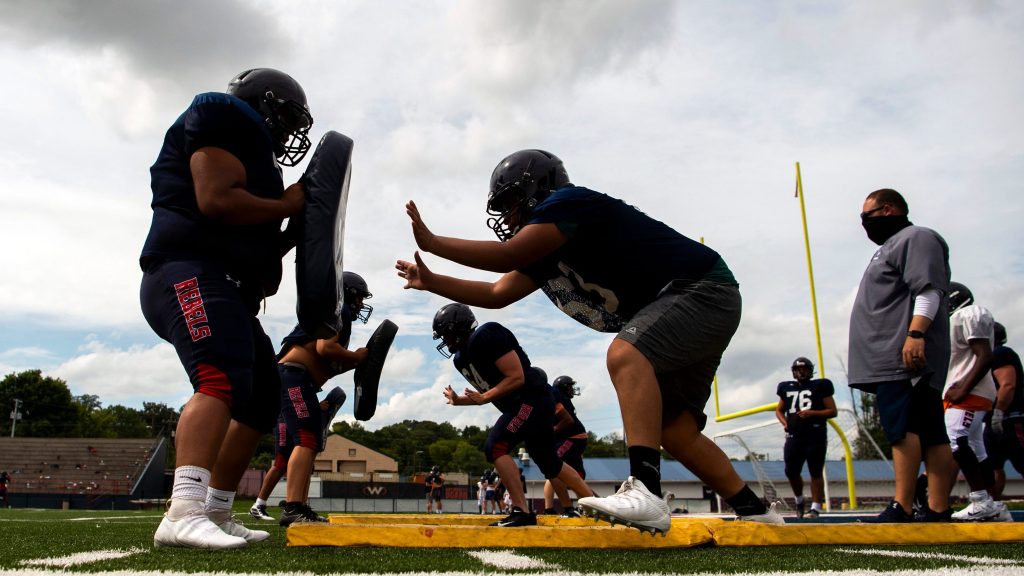 Florida still needs to do a lot of work to finish up its 2022 recruiting class, which ranks just 41st nationally and remains the worst class in the SEC, per the 247Sports Composite. There will be a lot of key visitors from this cycle on campus over the next few weeks, but coach Billy Napier‘s team will also be hosting a few top 2023 recruits in the coming weeks.

One that will be on campus this coming weekend is five-star edge rusher Malik Bryant. An Orlando native who attends Jones High School, the 6-foot-2-inch, 235-pound player is the No. 21 prospect nationally on the 247Sports Composite and the No. 2 edge rusher. He announced that he will be in Gainesville this weekend on his Twitter account.

I’ll be in the swamp this weekend #GoGators 🐊

Bryant, who played his sophomore season at IMG Academy before returning to his home school, is one of the most coveted players in the 2023 class, and the Gators will have to fend off some other top suitors if they want to keep him in-state. Among his multitude of offers are Alabama and Georgia, which are considered to be his top schools at the moment alongside UF and Miami, who just hired a coach in Mario Cristobal who is known for his recruiting acumen.

Here’s the evaluation of Bryant from 247Sports’ Andrew Ivins.

Promising frame with some bulk already showing in the arms. Should only get bigger over the next few years. A twitchy edge rusher that creates plenty of issues for opposing quarterbacks. Uses quick first step to freeze offensive tackles. Well-timed spin move frequently leads to sacks. Fluid in his movement patterns and able to move laterally in space. Spent time the spring following freshman season playing linebacker on the camp circuit. Transferred into IMG Academy as a sophomore and instantly became one of the team’s top players totaling a pair of sacks against a talented Duncanville squad. Will need to keep progressing, but early body of work suggests that he’s one of the top pass rushers in the class of 2023. Could eventually push for five-star status.

Obviously, this was written before Bryant earned his fifth star, but it shows that he’s a very good athlete. As Ivins mentions, he’ll need to add some bulk at the next level, but he would be a massive get for Napier’s 2023 class, which currently ranks 19th in the nation with just two players committed.

A successful visit with Bryant this weekend could go a long way toward being in a good position to land him entering his senior season.