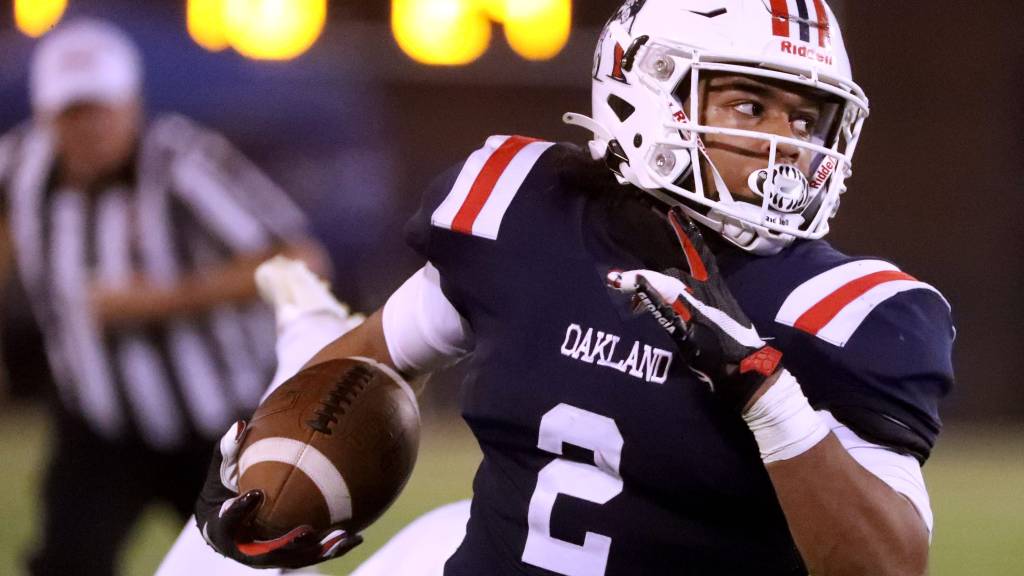 Florida continues to push hard for running backs this offseason. The team has secured the commitments of four-star Trevor Etienne and Louisiana transfer Montrell Johnson, and it is also targeting four-star Louisiana prospect TreVonte’ Citizen. Though the running back room could be getting a bit crowded (some attrition is to be expected), coach Billy Napier is pushing for another running back currently committed to a bitter rival.

Georgia commit Jordan James, a four-star running back in the 2022 recruiting class from Murfreesboro, Tennessee, is a player the Gators are trying to flip. Running backs coach Jabbar Juluke visited him at his home on Monday, and during that visit, they locked up the dates for an official visit to Gainesville, which James will take the weekend of Jan. 28 as UF will get the last word in for him.

“It was good getting to know him and talk to him in-person,” James said of his visit with Juluke, per 247Sports Blake Alderman. “He sat down and talked to my family. We enjoyed having him over there and we had some good talks. He told me a lot of stuff about the education they have at Florida and what they can do for players on and off the field. He said some of the programs they have and he did a good job explaining them to me and how Florida can benefit me. He is a great coach. I still have more getting to know of him, but from what I know so far he’s a good coach and he’s well respected. His track record is very good and speaks for itself.”

James is the No. 16 running back in the 2022 class and No. 191 player overall. He committed to Georgia in March, but he chose not to sign during the early signing period, giving Napier’s staff a window of opportunity after arriving in Gainesville. Florida offered James last January, but the interest has renewed with the new staff in place.

UF will have some competition to flip him, though. James is also considering Oregon, where he will take an official visit this weekend. He was also considering trips to Florida State, Clemson and Notre Dame, but considering those trips never materialized, those programs seem to be out of the running to land him.

Running the ball is a core part of Napier’s offensive philosophy, and he’s clearly seeking an embarrassment of riches at the position. It seems unlikely Florida will get both James and Citizen, but picking up one of them, especially the player currently committed to its biggest rival, would be a major recruiting victory for the Gators.