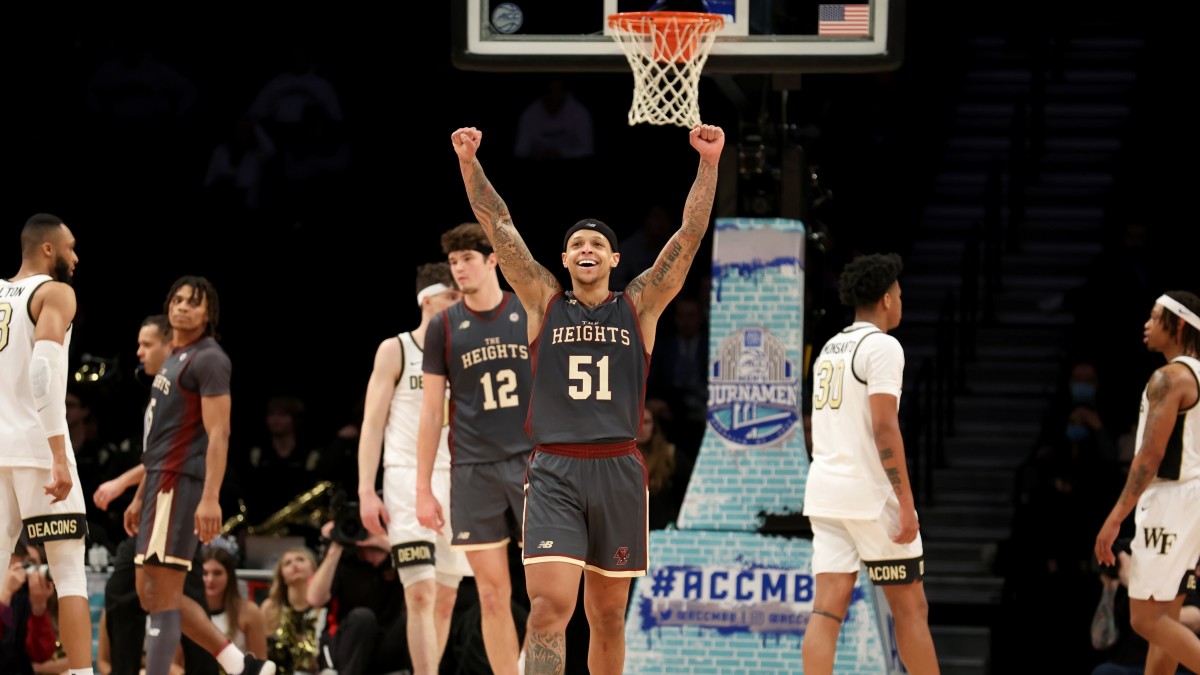 After Tuesday’s opening trifecta of games, Wednesday saw a full slate of four matchups in the ACC men’s basketball tournament—two of which lived up to the March Madness billing by heading to overtime.

The day began with the lone blowout, when Syracuse routed Florida State, 96–57, in a game that was marred by the Orange’s Buddy Boeheim punching a Florida State player and getting served a one-game suspension. That means he’ll miss Syracuse’s quarterfinals matchup with top-seeded Duke on Thursday.

After that, the tournament delivered on its excitement. No. 13 Boston College upset fifth-seeded Wake Forest, 82–77, in overtime, followed by Virginia Tech’s buzzer-beating overtime win over Clemson. Virginia capped things off with a rock fight of a win over Louisville, holding off a late Cardinals push to notch a 51–50 victory.

Here is the updated ACC tournament schedule after Wednesday’s game (all times Eastern).