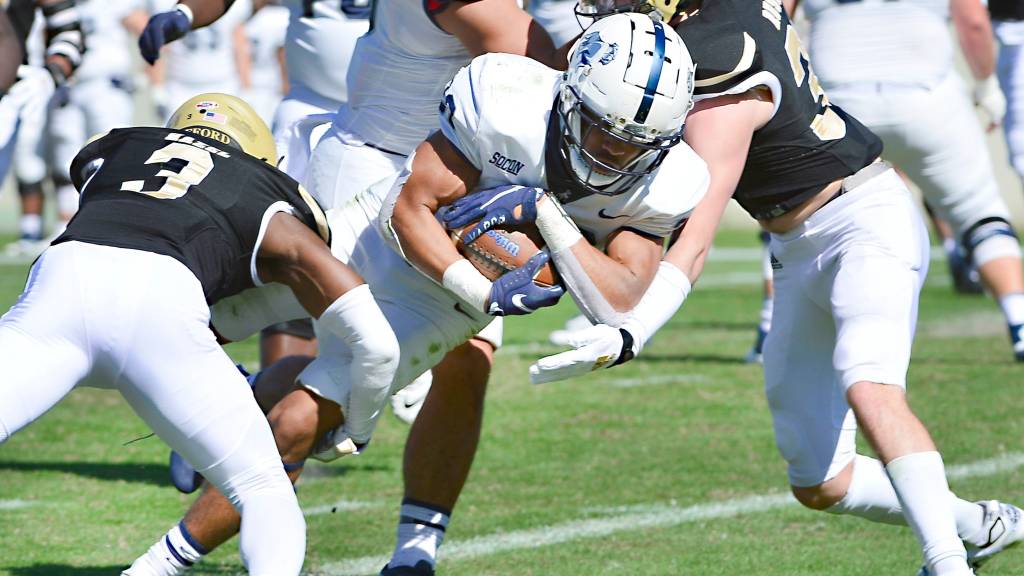 Tickets are not hard to come by for Florida’s first game in the Swamp in over a month.

That’s what happens when you’re 4-5 and have already clinched a losing SEC record.

Florida will face Samford at noon on Saturday in front of what likely will be a restless crowd if anything goes wrong. With Florida’s performances over the last three games, Gator fans are looking at a game that was expected to be a sure win and are wondering if this team has any gas left in the tank.

Florida could use a feel-good day. But with this team, nothing is guaranteed.

Let’s talk some Samford football (and quit calling it Stanford or Sanford):

Samford is receiving $525,000 for playing this game

… which is half what Florida Atlantic received for the opening game. The game is in an unusual spot as the third-to-last as Florida almost always plays an SEC team in that spot. Those teams varied, but the last time Florida played a non-conference team in the third game was 2012 against Louisiana, which the Gators won on a blocked punt return by Jelani Jenkins.

The game is in this spot on the schedule, but it has been all over the place.

It was supposed to be next week when the contract was signed, but was moved to opening day. When Florida reached a deal with Florida Atlantic to play the opener, the game was moved back. But the SEC had already slated Missouri for next week in an effort to have more quality conference games on the penultimate weekend of the regular season. So, here we are.

Samford won its last game over The Citadel 35-14

… and this may be bad news for Gator fans who have watched their defense get manhandled by what were supposed to be mediocre rushing attacks – Samford rushed for 252 yards last week.

The defense is a problem for the Bulldogs

… who have allowed 35.9 points a game and twice giving up 55 points in a game. In fact, The Citadel ran an amazing 71 plays against Samford, but turnovers were a problem (one fumble was returned for a touchdown). Samford has allowed five teams to rush for more than 200 yards and two to go over the 300-mark.

Florida will have to pay attention to wide receiver Montrell Washington

… who has 44 catches for 646 yards and seven touchdowns this season. And three other players have more than 30 catches so far this season.

But this is a balanced team led by dual-threat quarterback Liam Welch.

He has run for five touchdowns and thrown for 17. But he also has 13 interceptions. So, how about some big defensive plays from UF? It would be a nice change. And it will be interesting to see how this Gator defense plays under interim defensive coordinator Christian Robinson.

Samford has 10 players on its roster from the state of Florida (although you never know how many will dress for the game).

That number includes running back Jay Stanton from Crestview, who leads the team in rushing with 532 yards and five touchdowns.

Samford has reached the FCS playoffs five times in its history

… but four times it was one and done. The last time Samford went to the playoffs was in 2017. The 1991 team is the only one to have playoff success reaching the semifinals before losing to Youngstown State.

The Bulldogs are coached by Chris Hatcher, who was a two-time all-American at Valdosta State.

He also served as head coach there and is the winningest coach in school history. Hatcher left for Georgia Southern, was fired and went to Murray State before replacing Pat Sullivan (who had health issues) at Samford in 2015. He is 40-34 at Samford, 161-91 overall.

The Bulldogs, like most FCS teams, played in the spring of 2021 rather than the fall.

Samford was 4-3 and averaged 40.9 points a game. The crowds were limited because of the pandemic, and this will certainly be the largest crowd Samford has played in front of this season. The previous high was 9,011 at Western Carolina.

Did you know Florida football has played Samford twice? Well, kind of.