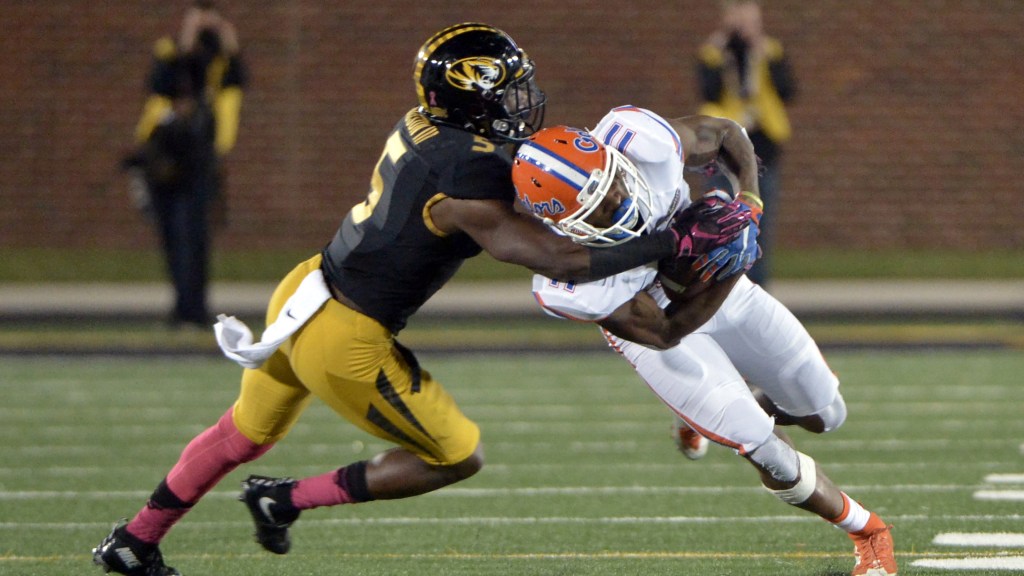 Florida football fans never dreamed they would be here in the fourth season under Dan Mullen, needing a win in one of UF’s last two games just to become bowl eligible and the team likely playing for the head coach’s job.

And yet, here they are knowing that going to Missouri is never easy.

Still, for some reason, Florida opened as a 10-point favorite on the road against a team with the same record. It was set down quickly to 7.5 and is now back up to 8.5. What do the wise guys know that we don’t see? Because when we look at Mizzou, we see a team that has been disappointing but also fits the mold of how to beat Florida.

We’ll get to that as we take a look at one of three sets of Tigers in the SEC:

This is not a stat you thought you’d be worrying about at this point of the season either.

If Florida loses at Faurot Field on Saturday, it will be the first time in the history of the Gator program that a team went 0-4 in SEC road games. There have been teams that went 0-2 back in the day of fewer SEC games including the 0-10-1 team (lost at LSU and Auburn). But there has never been one to lose four SEC road games. Remember when Mullen’s record in true road games was one reason you thought he’d be around forever?

The week after Florida was humiliated at South Carolina

… Missouri handled the Gamecocks at home last week although they almost blew a big lead. Of note is the way Tennessee handled Mizzou (62-24) and Tennessee is a team Florida beat rather easily. But that was then and this is now and you can never get too caught up in comparative scores.

… but the Tigers were playing without starting quarterback Connor Bazelak, who was out with a “soft tissue” issue, whatever that might be. Instead, Missouri played two freshmen quarterbacks. It did not go well. Georgia won 43-6. Brady Cook and Tyler Macon both played in that game but Bazelak returned last week.

Going into the season, Bazelak was considered a legitimate candidate for SEC first-team quarterback.

The sophomore has been solid with a completion rate of 68.2%. He has thrown for 2,318 yards. He does have 10 interceptions and 15 touchdown passes and has a strong and accurate arm. The 10 picks are a lot, but it’s not like Florida has shown a nose for the ball in the secondary. With seven interceptions, Florida has a chance to have its first back-to-back seasons with single digits in interceptions since the forward pass became popular.

Of course, the main problem for the Gators will be to stop senior running back Tyler Badie.

The 5-foot-8-inch Badie has had a season that is so good that Missouri coach Eli Drinkwitz said this week he is worth five wins … which is how many Missouri has. Badie is leading the SEC in rushing with 1,239 yards and is fourth in the country. He is also Missouri’s leading receiver with 50 catches. And he is a workhorse. Badie has 200 carries on the year. The second most number of carries is 23.

Missouri is eighth in the SEC in total offense

… who has 32 catches for 470 yards but no touchdowns. By contrast, Florida has four receivers with at least 20 catches with Justin Shorter’s 34 catches leading the way.

The Gators will have a different trip to the other Columbia because the only runway that can take a charter plane is under repair.

So, the Gators will have to fly to St. Louis and then bus two hours. It’s not a trip with a whole lot to see. Of course, Florida buses two hours to Tallahassee every other year and almost two hours to Jacksonville every year. It won’t be ideal, but it’s not that big a deal unless your team is looking for excuses.

Two years ago, there was snow on the ground when the Gators played in CoMo. Drinkwitz said during SEC Media Days that he hoped it would snow for the Florida game, but the temperature at kickoff Saturday is expected to be 57 degrees. The Gators practiced all week in about the same conditions. No excuses.

There is a Florida connection on the coaching staff.